President Trump says he is sending a “surge” of federal agents into several US cities in an operation aimed at tackling violent crime.

After the death of George Floyd in May, President Trump threatened to send the US military into states which saw protests, and sometimes disorder.

He is now ordering hundreds of law enforcement agents into cities which he says are seeing a spike in crime. 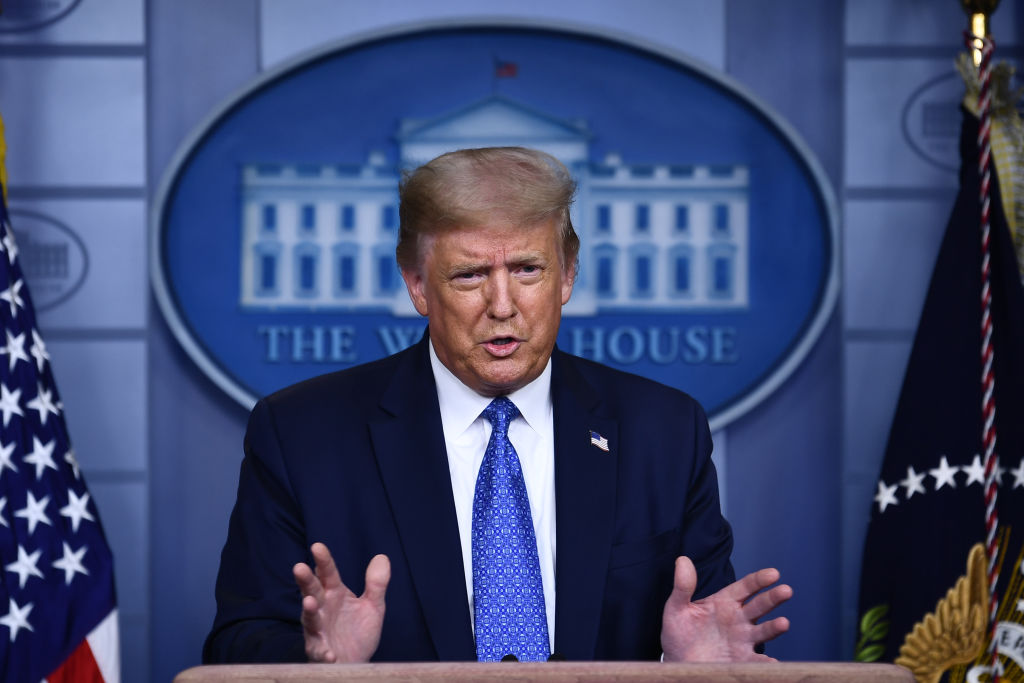 I am announcing a surge of federal law enforcement into American communities plagued by violent crime.

The agents belong to a new force created by the president whose personnel are drawn from different federal agencies.

But the mayors of several cities and state governors have rejected the offers of help and have questioned the president’s right to send in forces against their wishes.

Police powers in the US are left in the hands of state and local officials rather than the federal government, as set out in 10th Amendment of the US Constitution.

It is not unusual for the federal government to send agents into cities to help with specific law enforcement, but the scope of the latest operation without requests from local authorities has raised eyebrows.

The head of the US Department of Homeland Security has said: “I don’t need invitations by the state, state mayors, or state governors to do our job. We’re going to do that, whether they like us there or not.”

This was the rationale given for sending federal agents into the city of Portland recently to stop alleged vandalism.

But the latest move is a separate operation, and when it comes to federal agents policing violent crime the legal basis is less clear.

One legal argument for the move could be found in the Insurrection Act, a 19th Century law which allows the president to deploy federal troops against the will of local authorities in certain circumstances.

What is the Insurrection Act?

The US law lays out circumstances when the government in Washington DC can intervene without state authorisation.

The Insurrection Act says the approval of state governors isn’t required when the president determines the situation in a state makes it impossible to enforce US laws, or when citizens’ rights are threatened.

The law was passed in 1807 to allow the president to call out a militia to protect against “hostile incursions of the Indians” – and it was subsequently extended to allow for the use of the US military in domestic disturbances and to protect civil rights.

“The key point”, says Robert Chesney, a University of Texas law professor, “is that it is the president’s determination to make; the governors do not have to request his help.”

However, Mr Trump’s suggestion that he might use the Insurrection Act to quell the unrest following the death of George Floyd was questioned by his own defence secretary Mark Esper.

Mr Esper said: “The option to use active duty forces in a law enforcement role should only be used as a matter of last resort, and only in the most urgent and dire of situations.”

Has the law been used before?

According to the Congressional Research Service, the Insurrection Act has been used dozens of times in the past, although not for almost three decades.

It was last invoked in 1992 by former US President George HW Bush during riots in Los Angeles, after the governor of California requested federal help.

The law was used throughout the 1950s and 60s during the civil rights era by three different presidents, including when there were objections from state governors.

President Dwight Eisenhower faced objections when he used the law in 1957 to send US troops to Arkansas to control a protest at a school, where black and white children were being taught together.

Since the end of the 1960s, the use of the law has been rare. Congress amended it in 2006 following Hurricane Katrina in an attempt to make military assistance more effective, but the amendment was repealed after state governors objected to it.

Send us your questions