Deprecated: The $control_id argument is deprecated since version 3.5.0! in /home/emiturbu/public_html/world/wp-content/plugins/elementor/modules/dev-tools/deprecation.php on line 304

Deprecated: The $control_id argument is deprecated since version 3.5.0! in /home/emiturbu/public_html/world/wp-content/plugins/elementor/modules/dev-tools/deprecation.php on line 304 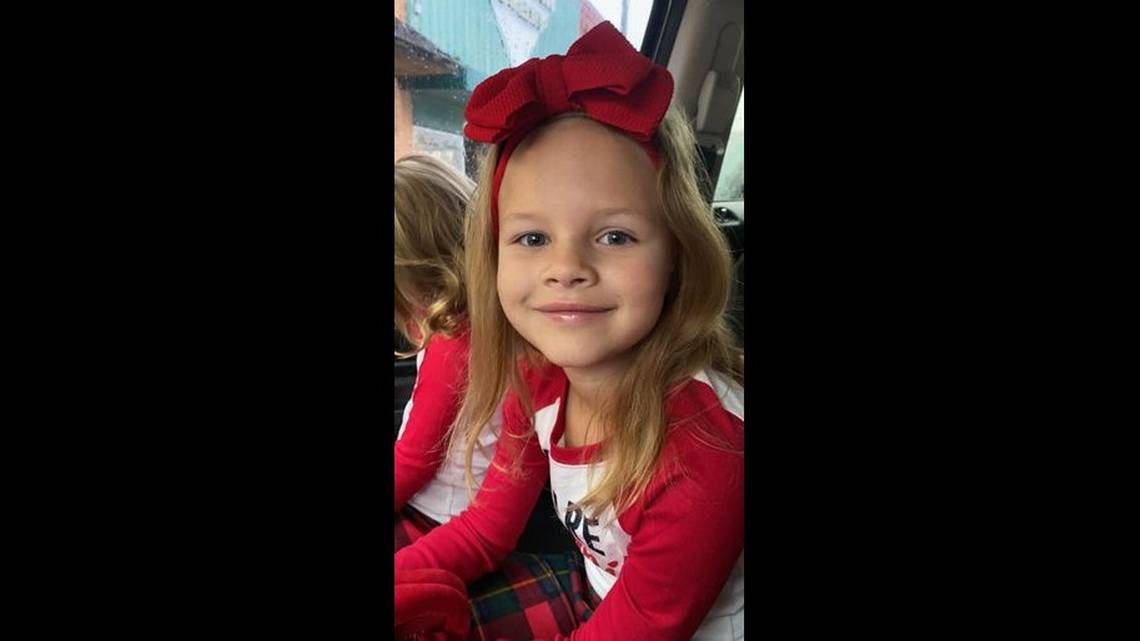 The body of 7-year-old Athena Strand was found in Wise County Friday evening, and a FedEx contract driver has been arrested and accused of kidnapping and killing her, authorities said.

The suspect, Tanner Lynn Horner, 31, is from Lake Worth. He’s in the Wise County Jail and faces charges of capital murder and aggravated kidnapping. Authorities said he has confessed to the crime.

Horner was making a delivery in front of Athena’s house at the time she disappeared Wednesday, which led authorities to investigate him, Wise County Sheriff Lane Akin said. FedEx has been cooperating with the investigation, which includes the FBI and Texas Rangers.

The sheriff said investigators believe Athena was killed within an hour of her abduction. Authorities have not said exactly where her body was found, but it was within a few miles of her home.

“It hurts our hearts to know that that child died,” the sheriff said, getting emotional at times during a news conference shortly after 10 p.m.

The sheriff would not speak to any possible motive in the kidnapping and murder.

Athena’s disappearance has rocked this rural community northwest of Fort Worth. Hundreds of volunteers have assisted with the search over the past two days, and the case has attracted national attention.

Earlier Friday, during an afternoon news conference, the sheriff said authorities had scaled back the search for the child and were focusing more on the investigation. Investigators appeared to remain hopeful that she would be found, but the tone of their update to reporters sounded grim.

Late in the day, a large number of law enforcement appeared to zero in on County Road 4599 between Boyd and Cottondale, less than 10 miles from Athena’s home. Officers appeared to be searching in a ditch but authorities cleared the scene and left about 7 p.m. without saying whether they had found anything, WFAA reported.

Athena’s body was found a few miles from that site, the sheriff said.

HAPPENING NOW: we’re off CR4599 between Boyd and Cottondale in Wise County where there is a heavy police presence.

This is not far from #AthenaStrand’s home.

Under 10 miles at least. Will provide more info when we get an update. pic.twitter.com/Cr0g9Mhbd4

At the press conference at 2 p.m. Friday, Akin said, “Hopefully, we can find Athena and bring her home alive and well, but it’s all about the possibilities and we have to look at everything.”

A thorough search of a five-mile radius on Wednesday and Thursday found no trace of the missing child. The sheriff said earlier Friday that the investigation had not turned up evidence of foul play or an abduction.

Watch a livestream of the 2 p.m. update from our content partners at WFAA below.

The girl’s stepmother reported Athena missing to the Wise County Sheriff’s Office at 6:40 p.m. Wednesday, after the family had been looking for her for about an hour, Akin said.

Akin said that Athena’s stepmother and father, who she was staying with in the North Texas county, have been cooperative with the investigation, as has her mother, who lives in Oklahoma.

Akin said at Friday’s news conference that Athena arrived home as usual on the school bus about 4:15 p.m. Wednesday. The initial information that investigators received from the stepmother, “which may still be accurate,” is that she and the child “had a little bit of an argument,” which was not unusual and that the girl walked away, the sheriff said.

“Athena got upset and she walked away, as she has done in the past” but her stepmother said that she “expected she would come back,” Akin said.

But Athena’s stepmother told the sheriff’s office that she went to her stepdaughter’s room about 5:30 p.m. and she wasn’t there, the Wise County Messenger reported.

The stepmother was the only adult at the house when the girl disappeared, according to the sheriff’s office. Her father was driving to south Texas to go deer hunting and was somewhere south of Fort Worth when his wife called him to say Athena was gone, Akin said.

Athena was last seen at her father’s home in the 200 block of County Road 3573 in Paradise. Akin said he was not aware of any previous calls to the home.

Deputies and other first responders arrived at the rural property about 14 minutes after the 911 call and conducted an initial search inside and under the house and all over the six acres owned by the family, the sheriff’s office said.

They searched until 4:30 Thursday morning and then returned at 7 a.m. for an expanded search, Akin said.

The Texas Department of Public Safety issued an Amber Alert for Athena on Thursday afternoon, describing her as endangered. The Amber Alert says “law enforcement believes the child’s safety and health are in danger.”

Authorities have been searching both outdoors and inside all buildings in the immediate area. Athena “wasn’t dressed real warmly,” Akin said. “We have a lot of concern. The longer it goes, the more concern we have.”

The Texas Department of Public Safety, FBI, U.S. Marshals Service, and other area police and fire departments assisted in the search and investigation. Hundreds of volunteers from the community were involved Thursday “walking shoulder to shoulder through the brush” in coordinated patterns, Akin said.

Authorities said volunteers were not needed Friday and that they should not continue to show up unless they’re requested by the county’s emergency management office.