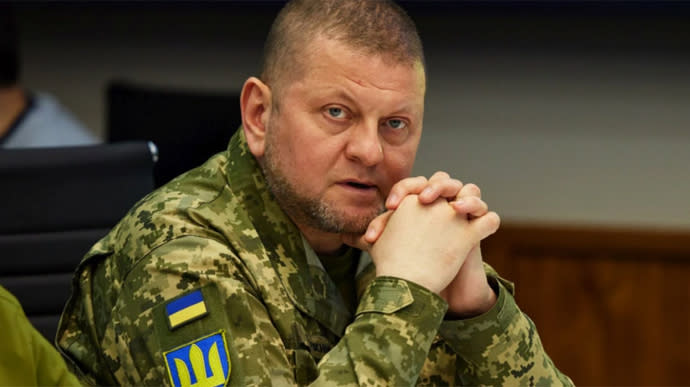 Valerii Zaluzhnyi, Commander-in-Chief of Ukraine’s Armed Forces told Wayne Eyre, the Canadian Chief of the Defence Staff about the situation at the front and shared his concerns about the Belarusian missile systems stationed along the border with Ukraine (on the territory of Belarus).

Quote: “I had a conversation with General Wayne Donald Eyre, Chief of the Defence Staff of Canada.”

“I have informed my counterpart about the situation at the front line. It is intense but fully controlled.”

“The location of missile systems along the state border shared with the Republic of Belarus, in particular at the Zyabrovka airfield, triggers concern.”

“At the same time, the enemy carries out approximately 700-800 shelling of our positions every day, using from 40 to 60 thousand pieces of ammunition.”

“The enemy’s main efforts are concentrated on pushing our troops back from the Donetsk Oblast.”

Valerii Zaluzhnyi notes that the most tense situation is currently observed on the axis of Avdiivka-Pisky-Mariinka.

He also emphasised that the Russians continue to shell peaceful towns and villages of Ukraine: “Mykolaiv, Kharkiv, Marganets, Nikopol, Berezneguvate are the most affected settlements by hostile shelling.”

Zaluzhnyi thanked Eyre for his assistance in training Ukrainian military personnel: “In terms of heavy fighting, we feel a lack of teaching staff, since all those who can hold weapons and are able to fight are in combat orders.”

Journalists fight on their own frontline. Become our patron, support our work!

Trump was worried he wouldn’t get enough credit for GOP midterm successes, report says. Since then he has the opposite problem.