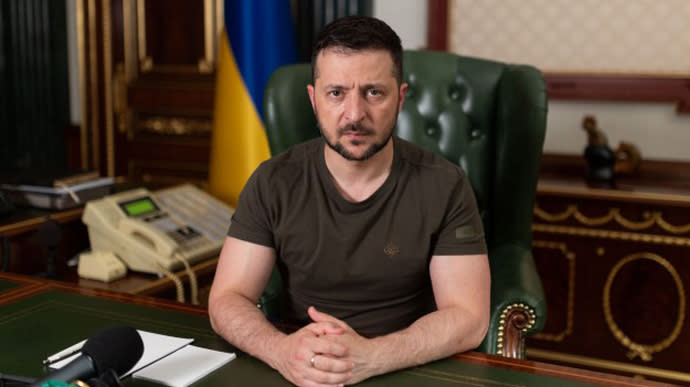 Volodymyr Zelenskyy. Photo by the Office of the President

Volodymyr Zelenskyy, the President of Ukraine, reported that as of 5 August, Ukraine has confiscated 28 billion hryvnias worth of Russian assets, and the work is continuing.

Source: the evening video address of Volodymyr Zelenskyy, the President of Ukraine, on 5 August

Quote: “Today I held a meeting devoted to the sanctions policy and the confiscation of Russian assets. As government officials reported, assets worth 28 billion hryvnias have already been forcibly seized in Ukraine, and this work continues”.

Details: Suggestions have been made to confiscate more than 900 additional assets belonging to Russia.

At the same time, if confiscation is not limited to property belonging to the Russian state but is extended to that of its residents, then 36,000 more items are to be seized.

Zelenskyy stressed that the resulting funds will be used to reimburse damages which Russia has been causing with its war and terror.

The President also reported that, at the moment, Europe and the USA are working on draft laws which will expand the possibilities for the confiscation of Russian assets abroad for Ukraine.

Journalists fight on their own frontline. Become our patron, support our work!