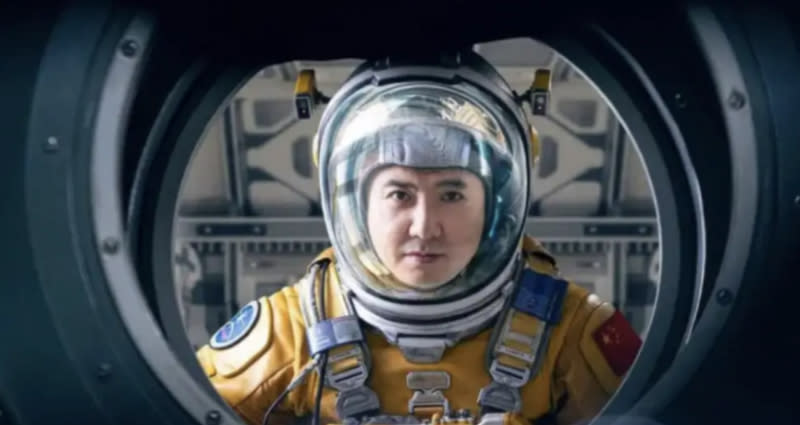 The Chinese sci-fi movie “Moon Man” outshined all others at the global box office over the weekend.

The film grossed $129 million over the weekend, according to Comscore, and that’s only from the Chinese market. DC’s animated movie “League of Super Pets,” which follows the adventures of Superman’s dog, lagged behind at $41 million internationally.

“Moon Man” follows the story of an astronaut stranded on the moon who believes he’s the last human alive after witnessing an asteroid crashing into Earth.

The film is directed by Zhang Chiyu (“Never Say Die”) and produced by the studio Mahua FunAge (“Hello Mrs Money”).

Before its premiere on July 29, “Moon Man” had over 1.4 million fans rating the movie as “want to see” on Chinese film tracking platforms. It has since gone on to score a 9.4 and 9.5 out of 10 on film sites Maoyan and Taopiaopiao, respectively, according to Variety.

Although China’s total movie ticket revenue has dropped by 33 percent, the film reportedly earned $6.4 in Imax theaters, making it the largest three-day opening weekend of an Imax China film since September 2019.

“We are very encouraged by the stellar opening of ‘Moon Man,’ which offers a clear sign that audiences are eager to return to theaters for the IMAX Experience,” said CEO of IMAX China Edwin Tan. “‘Moon Man’ marks a critical milestone in the recovery of the film industry this year as well as a major step forward in the production of Chinese sci-fi blockbusters.”

More from NextShark: Michelle Yeoh reveals she almost died doing her own stunts with Jackie Chan in ‘Supercop’

Although China surpassed North America to become the largest box office in the world in 2020 after U.S. theaters suffered shutdowns for most of 2020, its film industry similarly suffered this year in comparison to 2021 due to the country’s own pandemic restrictions and lockdowns.

With local projections estimating the film to earn over $640 million before exiting the Chinese market, “Moon Man” is on pace to become the country’s sixth-largest film of all time, giving its film industry the boost it needs. However, with massively successful blockbusters like “Top Gun: Maverick,” which has grossed $1.3 billion without being released in China, the North American box office has the potential to surpass China and retake its spot as the biggest in the world.

“Battle at Lake Changjin,” a Chinese war movie, was the second highest-grossing movie of 2021, following “Spider-Man: No Way Home.”

My family drove on Interstate 40 from North Carolina to Arizona. Here are 7 of the best stops along the way.