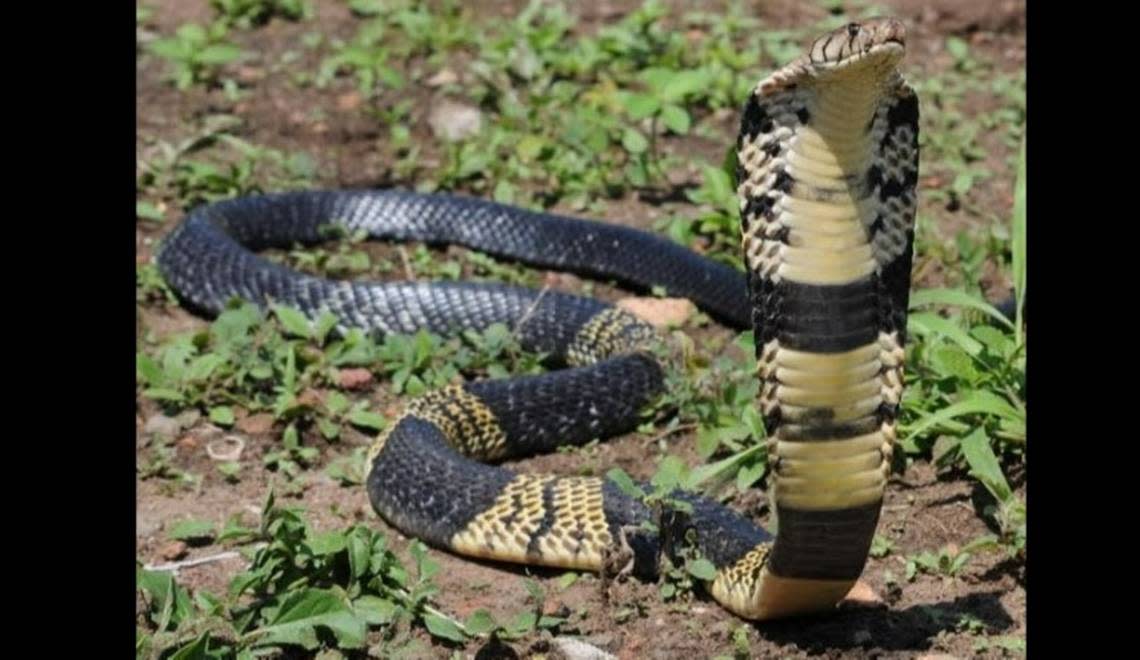 The deadly snake that went missing from a Grand Prairie home a year ago still hasn’t been found, according to police in Grand Prairie.

The 6-foot-long West African banded cobra, a highly venomous snake, had been kept in a homemade cage by her owner before she escaped Aug. 3, 2021, according to an affidavit.

The cage was made of wood and sliding plexiglass, and it had no locks, Grand Prairie police said.

The female snake was in the cage with a male West African banded cobra when it bolted on Aug. 3, according to the affidavit obtained by the Fort Worth Star-Telegram

The snake’s owner, Lawrence Thomas Matl III, 23, of Grand Prairie was arrested, on Feb. 11 of this year without incident.

The owner of the snake was charged with releasing a venomous, non-indigenous snake, but in March the charges in Dallas County were listed as having been transferred to another court or county, according to court records. No other updates on the case have been added to the court records since.

Matl has said he believes the snake got into the walls or attic of the home and died.

“I’m sure it just went off somewhere and is no longer with us,” Barber told WFAA. “In the month of January, I think we had a high of 38 for the entire month so it’d be really hard for a tropical species to persist that long.”

She also said an animal that was in captivity for any period of time probably would have died very quickly.

Prince Andrew, to Everyone’s Surprise Except His Own, Leads Royals in Mourning at Balmoral

Singaporean woman, 82, fears for her future after moving overseas to be with daughter who stopped caring for her