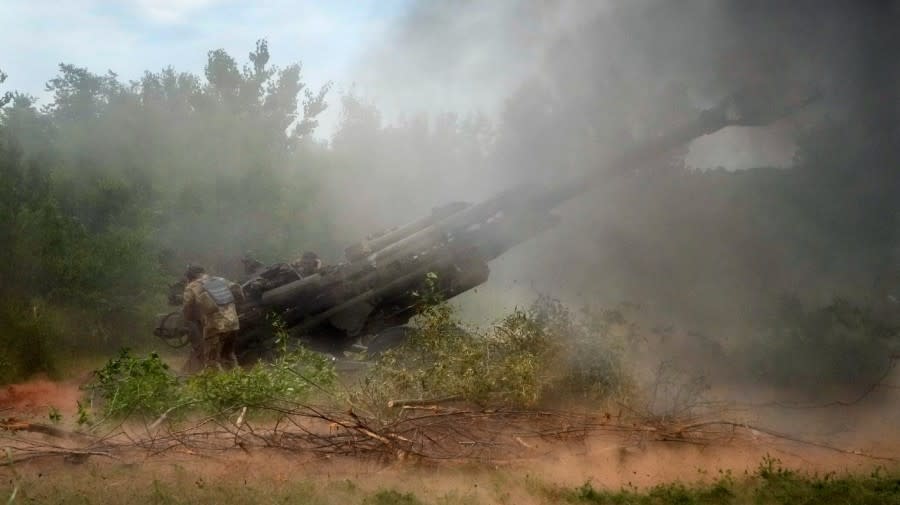 The Ukrainians have used the High Mobility Artillery Rocket Systems (HIMARS) advanced rocket system to target the Kremlin positions in its fight for the eastern region of the country known as the Donbas.

“Because it is such a precise, longer-range system, Ukrainians are able to carefully select targets that will undermine the effort by Russia in a more systematic way, certainly than they would be able to do with the shorter-range artillery systems,” the official told reporters.

Ukrainian forces are still in the early days of operating the HIMARS systems — four of which the U.S. has already sent to the former Soviet country and four additional it pledged late last month — as only a handful of Ukrainian troops can operate it after taking a brief training course.

The HIMARS, which has a range of about 40 miles, has given the Ukrainians the ability to hit faraway targets with more accuracy than they have been able to prior when using shorter-ranged artillery.

“What you see is the Ukrainians are actually systematically selecting targets and then accurately hitting them, thus providing this, you know, precise method of degrading Russian capability,” the official said.

“I see them being able to continue to use this throughout Donbas.”

For the latest news, weather, sports, and streaming video, head to The Hill.

Rare Pikachu, Kobe’s sneakers — a hidden vault guards it all

Flash flooding and other threats for Southwest