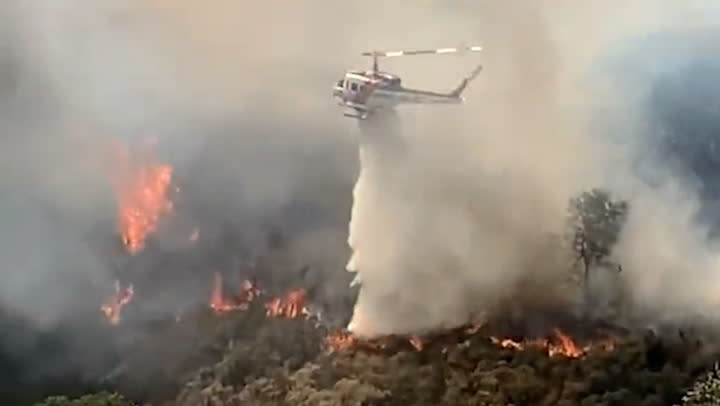 A brush fire burning near Universal Studios in California was brought under control by firefighters on Monday, June 20, just over an hour after it started, officials said.The fire, dubbed the Coyote Fire, burned about one acre of brush near an apartment complex off Barham Boulevard in Hollywood Hills, the Los Angeles Fire Department (LAFD) said.According to officials, it took 100 firefighters 75 minutes to gain control of the fire.Lars Whelan said they recorded this footage from Barham Boulevard on Monday night.The fire did not cause any structural damage or injury, the LAFD said. Credit: Lars Whelan via Storyful