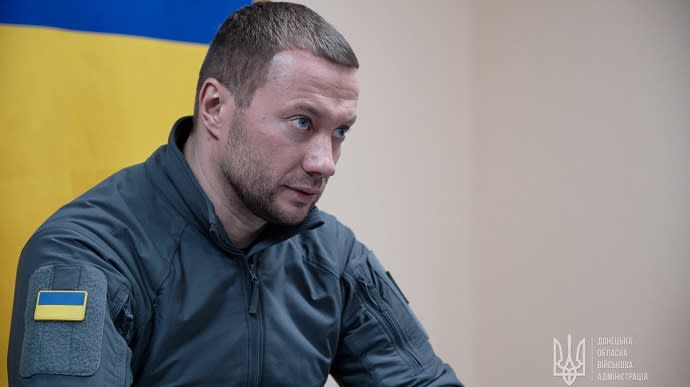 The Russian aggressors continue their failed attempts to advance on Lyman in the Donetsk region and are suffering devastating losses.

Quote: “The situation in the region is difficult, but it is under control … The enemy attempted an offensive near Lyman, but all their attempts to leap the river and advance have failed so far. The enemy has suffered devastating losses.

But their attempts do not cease, and I’m sure they won’t stop until we destroy them completely.

When we look at the statistics, there is not a single settlement (in the region – ed.) that has not been shelled. The hottest spots at the moment are Avdiivka – it is under attack almost around the clock – Vuhledar, and the Toretsk amalgamated territorial community (hromada).”

Details: Pavlo Kyrylenko noted that in the Donetsk region, there is constant shelling from heavy artillery on the line of contact, and that air forces are also operating on the frontline.

In addition, air forces are also active, attacking towns that are relatively far from the front line – Sloviansk, Kramatorsk, Pokrovsk and Selydove.

He stressed that the situation is being handled, everyone is at their positions – working, coordinating activities, undertaking “all necessary actions to further strengthen all towns in the Donetsk region, so that the enemy will not pass.”

Background: The situation on Donetsk and Luhansk fronts has been difficult, but the Ukrainian military repulsed 18 Russian attacks in one day, destroyed 55 units of Russian military equipment, and shot down a helicopter and drones.