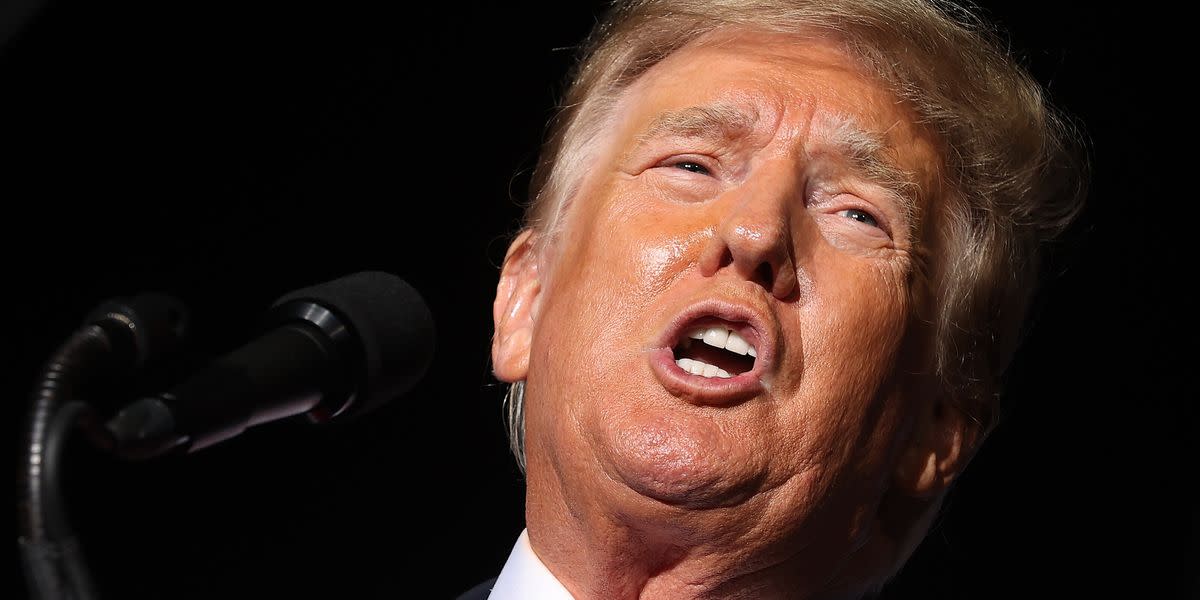 In a jaw-dropping statement, Donald Trump insisted he “had to run the military” when he was president because Defense Secretary Mark Esper was so “weak.”

Trump made the claim in response to an explosive “60 Minutes” interview with Esper, who recounted that he and other military officials had to repeatedly “swat down” Trump’s “dangerous” ideas every few weeks when he was in the White House.

Esper said the former president suggested secretly firing missiles into Mexico to destroy drug labs and wanted military troops to shoot racial justice protesters who took to the streets after the police killing of George Floyd.

The former defense secretary also shared that he and other officials helped prevent “really bad things, dangerous things” in the Trump administration “that could have taken the country in a dark direction.”

In a statement that “60 Minutes” shared on Twitter on Sunday, Trump denied a number of Esper’s claims but notably declined to comment on the plan to hit Mexico with missiles. “Mark Esper was weak and totally ineffective, and because of it, I had to run the military,” the Trump statement reads.

Critics immediately pointed out that Trump had never even served in the military, claiming a medical deferment for “bone spurs” that his former attorney Michael Cohen said were fake. As president, Trump also tried to defund the military and sought to undermine NATO.

He once told radio host Howard Stern that his own “personal Vietnam” was avoiding sexually transmitted diseases while sleeping with various women. Stern quipped that Trump had characterized “vaginas” as “potential landmines.”

Trump fired Esper in November 2020 after the defense secretary publicly said he did not support using military troops against the wave of Black Lives Matter protesters.

Esper’s book about his experiences in the White House, “A Sacred Oath: Memoirs of a Defense Secretary in Extraordinary Times,” is out on Tuesday.

Former Trump White House strategist Steve Bannon vowed revenge on Esper on Monday for his revelations, threatening on his podcast: “Esper, you’re going to be held accountable for this, Bro.”

Esper could not immediately be reached for comment, but others had thoughts.

Trump RAN from the military.

trump said he ran the military himself during his 4 dreadful years. If that was true he’d have nuked hurricanes and bombed Mexico

If Trump ran the military like his casinos and “modeling” agency …